The issue with tissue

At eight years old, Michael Zelniker had no problem admonishing adults to stop littering in the streets of Montréal. Today, his dedication to protecting the environment has grown into a quest to protect the boreal forest for future generations.

The Issue with Tissue 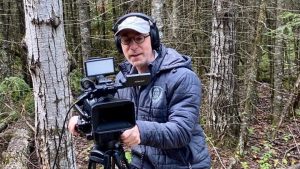 “Tissue companies are flushing away our forests and our future,” warns the filmmaker from his Los Angeles home.

‘The Issue with Tissue’ is the title of his latest project—a film to let the world know that “the boreal forest is being clear cut so we can wipe our bums with softer, more plush toilet paper.”

Michael was shocked when he first learned that one of the most ecologically important forests in the world—Canada’s boreal forest—is being destroyed to make toilet paper.

There’s more to the boreal forest than just trees. The boreal forest plays an important role in slowing the effects of climate change. It stores almost twice as much carbon as tropical forests and has more surface freshwater than any other ecosystem on the planet. 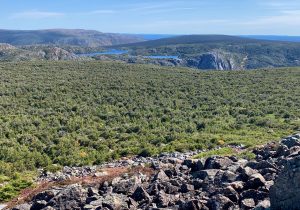 “I discovered that more than 600 First Nations call the boreal forest home and have for thousands of years; that the boreal is home to caribou and other wildlife. It is the nesting ground for the songbirds we hear in our parks and our backyards.” Michael’s backyard is in California but as a child growing up in Montréal, he went to summer camp 100 miles north at the southern edge of the boreal forest.

“I hated camp. I was a troubled kid and as a result, I was always in trouble,” he remembers. He discovered his love of nature during this otherwise unhappy camp experience.

“The breathtaking view of endless forest was the one thing that comforted me at camp.” It forged in him a deep lifelong connection to trees. “When I’m in a forest today, I feel like I’m with long-lost family.”

While researching the toilet paper issue, Michael spent dozens of hours on Zoom talking with scientists, activists, and First Nation leaders. “Everyone opened their hearts and shared their story with me,” he says. It was an incredible privilege, he adds.

Inspired by the conversations, Michael knew he had to share the untold story with the world.

Lessons from Indigenous Elders and Leaders

Those two questions led to an inspiring filmmaking experience. Michael collected over 100 hours of footage as he traveled across Canada to interview First Nation Elders and leaders, including Bloodvein River First Nation Elder Leslie Orvis Sr. and Pimachiowin Aki Board Director William Young.

His journey began in BC with Canadian cameraperson Abanoub Andraous. The two of them drove, with multiple stops along the way, to Eastern Quebec where they flew north by bush plane to the George River. There, they met with Valérie Courtois, Director of the Indigenous Leadership Initiative, and Innu as they celebrated the migration of the caribou. “It was a profoundly moving experience,” Michael says enthusiastically.

He describes the entire filmmaking experience as “eye-opening and life-changing.” He hopes the film will have a strong impact on others, much like the journey has had on him.

“I had so many special moments filming,” Michael says. He was touched by the hospitality and generosity of the people that he got to visit and talk with. “I felt deeply honoured.”

“What has caused us to go so wrong as a species?” he asks. Learning from First Nation Elders and leaders, Michael says that we have lost connection to the land and with each other. “As a result, settler colonial types like me look at how to value land based on dollars and cents, and as a way to exploit rather than as a member of our family.”

Elder Dave Porter of Kaska First Nation in northern British Columbia shared his wisdom with Michael. “Mother Nature, since the beginning of time, takes care of us because Mother Earth has provided us this environment to live so well. If we don’t begin to take better care of Mother Nature, we’re going to destroy her ability to take care of us.”

Elder Porter also told Michael that “when you’re in a forest, you’re with family.” Michael heard similar themes from others across the country.

Chief Darrell Bob of the Xaxli’p Community in Lillooet, BC invited Michael into his sweat lodge. “He pointed to the stones that warmed the sweat lodge and said, ‘These are our grandfathers.’”

The lessons continued as Michael met with Elder Dave Courchene from Turtle Lodge in Sagkeeng First Nation in Manitoba. He explained about natural law—to only take as much as you need.

“Give thanks to what you take with an eye for the seven generations in front of you,” explains Michael. He had never heard this lesson until he met with Indigenous people.

“In American white culture we believe that a lot is good, more is better, and too much is just right. And we see it even with the pandemic—what were people hoarding? Toilet paper.”

After his footage comes together and is shared with the world, Michael hopes that North Americans will make the connection between trees and paper products like toilet paper, and become “more mindful of how we’re using them.”

He recalls a memorable statement that Elder Courchene made to him, and it is a mighty ask: “If you can do one thing, get them to give us back the boreal and we can take care of the rest.”

Imagine the possibilities if that were the result.

Here are ways that Michael suggests for you to make a difference: 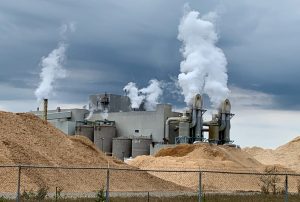 Michael Zelniker is a Canadian-born award-winning actor/director based in Los Angeles. He is a member of the Climate Reality Project Leadership Corps (led by former U.S. Vice President Al Gore), serving as Co-Chair of the Los Angeles Chapter. His film, ‘The Issue with Tissue’, is set for release in 2021. We will keep you posted on its release date and how/where to watch it.