Pimachiowin Aki is home to millions of trees, hundreds of lakes, rivers and wetlands, over a thousand plant and animal species, and an ancient living culture that thrives today. It is the largest protected area in the North American boreal shield.

The Land that Gives Life

Cared for by Anishinaabeg for over 7,000 years

Anishinaabeg live as one with Pimachiowin Aki, using ancient conservation practices to keep the land it in its purest form for all generations.

The Creator has given us the responsibility to protect and care for the lands on which we were placed.

Pimachiowin Aki is the homeland and lifeblood of the four Anishinaabe First Nation communities who care for the land. 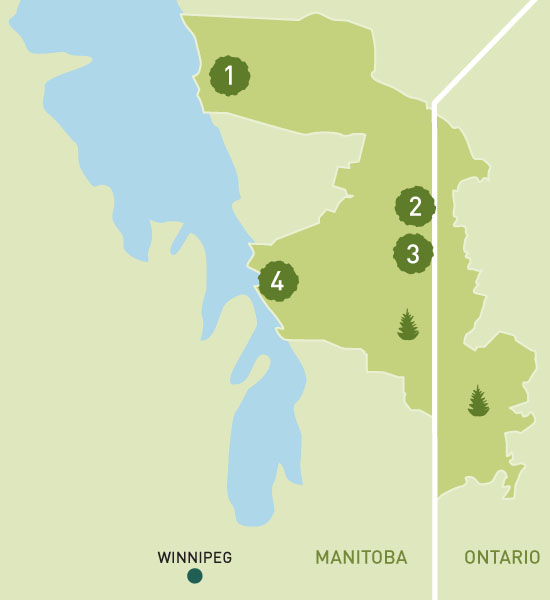 400 kilometers from Winnipeg. Home to about 2,000 residents.

Inland community with traditional territory on both sides of the Manitoba-Ontario border. Home to about 700 residents.

Inland community situated along the Berens River, with traditional territory on both sides of the Manitoba-Ontario border. Home to about 1,800 residents.

210 kilometers north of Winnipeg. Settled along three kilometers on the banks of the Bloodvein River. Home to about 1,900 residents.

Visit the Land that Gives Life